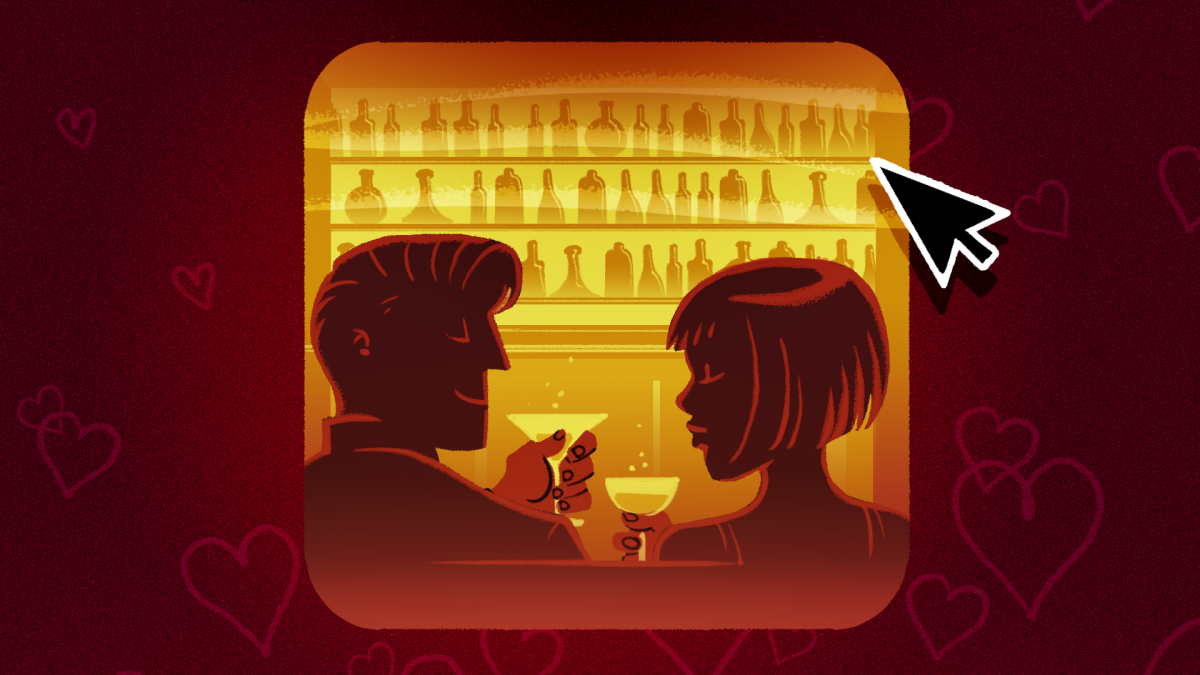 Roast Tinder bios that say “6’1″, since that matters” all you want, but a good portion of us are goddamn thankful for online dating.

Some still insist that online dating takes away from that raw conversation that can only be had in person. But if you think about it, online dating technically fosters many more face-to-face interactions with people that you probably wouldn’t have met otherwise. And let’s be real: As much as we all want a romance novel meet cute, they just don’t happen that often. And it doesn’t help that we’ve had a year-plus of isolation and social distancing thanks to the pandemic. At any rate, dating apps are a helpful step to mitigate the pressure of meeting someone new, especially for introverts or people following social distancing rules.

The modern serendipity that is coming across your soulmate out of millions of profiles is more likely than you think: Two Stanford sociologists found that online dating is officially the most popular way for U.S. couples to connect. The 2017 survey found that 39 percent of heterosexual couples and 60 percent of same-sex couples originally met online, beating the numbers of older, traditional methods like meeting through friends or at work or school.

Other recent studies about the types of connections being made deliver a swift blow to the antiquated arguments about online dating being solely rooted in superficial factors, like how hot someone’s profile picture is: People who meet online are more likely to be compatible and, if they decide to tie the knot, have a higher chance of a healthy marriage — that is, according to this study cited in the MIT Technology Review. Another Stanford study found that heterosexual couples who met online were quicker to get married than couples who met offline.

FODA (Fear of Dating Again) is a thing now

Of course, meeting online doesn’t guarantee that a couple won’t break up or that everyone with a profile is trying to move at that pace. No one is assuming online dating is the variable that guarantees riding off into the sunset. But research does suggest that people who are willing to put effort and honesty into compatibility tests and open-ended profile questions might be more ready to get serious.

The variety and quality of information on your profile matters

In many cases, the amount of information you can get from these detailed profiles is more than what would be covered in the “traditional” period of getting to know someone. The whole “do you want to have babies” thing is a huge piece of information that could decide your future with someone, but it’s very possible that such a weighty subject won’t be brought up until you’ve caught feelings or met their parents.

However, many dating sites ask about kids — whether you want them or already have them — during the sign-up process (as well as other potentially-awkward questions), and probably won’t match you with someone who has different goals than you do. Similarly, some of OkCupid’s matching is rooted in political and social justice views. Will you find out if someone keeps guns in the house or opposes vaccinations on the first date? Probably not, but OkCupid sure as hell won’t send you to get a beer with someone you’d start a fight with on Facebook.

Plus, it’s always nice when your current booty call doesn’t suck as a person. Even if you’re just in it for something frisky and fleeting, the personality you can gather from a simple bio or a few of Hinge’s ice breakers might let you know who’s worthy of your time — even if that time is strictly within “You up?” hours.

SEE ALSO: How to make your dating profile stand out

Julie Spira, dating expert and CEO of cyberdatingexpert.com, says it wasn’t always so easy to meet people online. She would know — she’s been helping clients find love online since 1994.

“People didn’t have mobile phones and laptops, and the process was people would go home, log on slowly, see who had written to them and write back,” she says. “The courtship process was a lot slower, so it took quite a while to get from the first interaction to actually going on a date. Plus in those days, there was a stigma associated with online dating. You did not tell people you met your spouse, or partner, or even a date online.”

The rhetoric has clearly come a long way since then, and the digital dating landscape has evolved with people’s changing needs. OkCupid realized that the way a potential match votes matters romantically to a lot of people. Women were tired of men blowing up their messages with creepy first-liners, so Bumble came along. On Coffee Meets Bagel, only people you’ve liked back can message you, and swiping through people won’t take up all your free time. “Tindering” is now a verb, but it’s far from your only option.

If you’re lucky, you’ll find a perfect match right away, but that’s not usually how it works out. While you do know more about online matches than you would a stranger you met in person, there’s only so much a quick dating profile can tell you.

Dating sites and apps can make finding a compatible potential partner easier, but it’s still dating. Not everyone is going to be a gem. While apps like Bumble let you display what kind of relationship you’re looking for, others don’t, so you might end up going out with someone only to realize you’re not looking for the same thing.

That said, there will be people on dating sites who are looking for the same thing as you. And using a dating app to find them is a hell of a lot easier than going up to strangers on the street or in bars and asking if they’re looking for a relationship. Apps and dating websites expand your dating pool and allow you to meet people with similar interests you might not run into naturally in your everyday life. You just might need a little patience to find The One.

We haven’t reached full AI-based or gene matchmaking just yet, but many modern features facilitating more meaningful matches (or quicker, safer hookups) have sprung up even in the past five years. If you’re fed up with the dating site or app you use now or just don’t know where to start, check out our top picks for the dating sites and apps most worth your time: