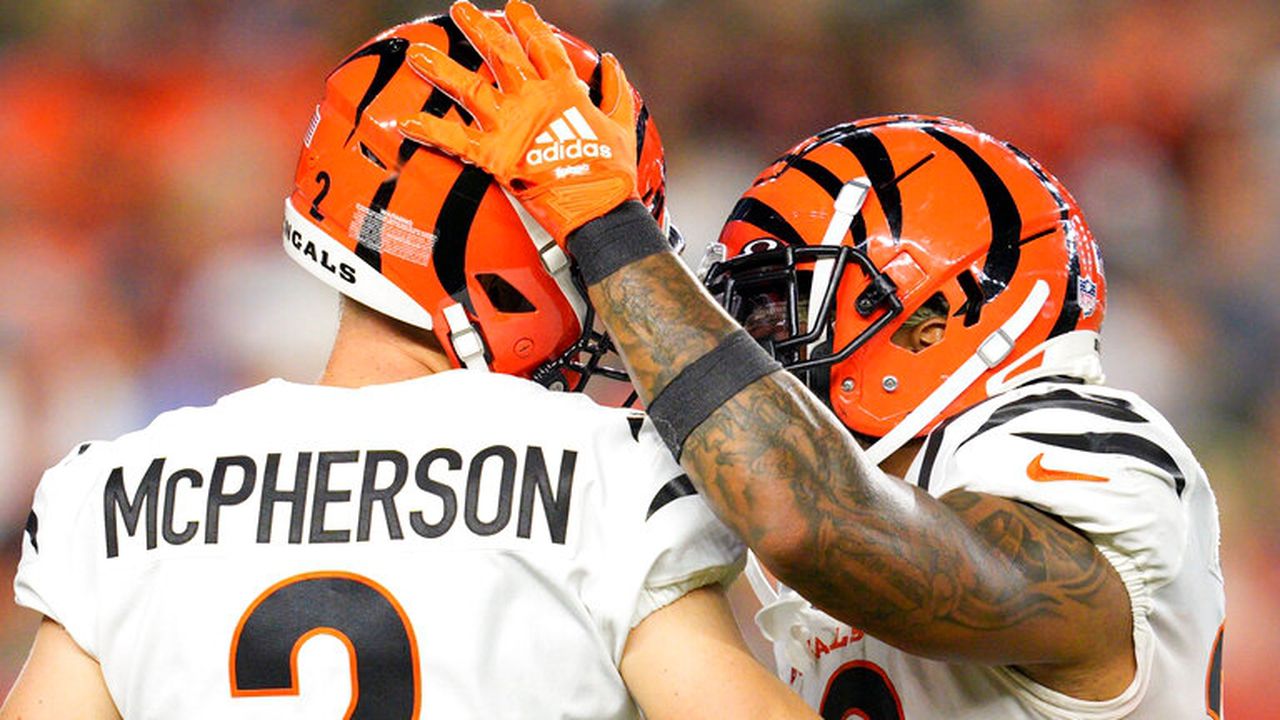 Evan McPherson of the Cincinnati Bengals has become the first kicker to appear on an NFLPA Top 50 Player Sales List as the former Fort Payne High School standout reached No. 36 on the chart for the March 1 through May 31 period.

The NFLPA has been compiling its tally of the players responsible for moving the most merchandise with fans since 2014, and no kicker had ever appeared on the quarterly or annual lists before McPherson’s breakthrough.

On Sunday night, McPherson missed a 58-yard attempt in a preseason game against the New York Giants that ended a streak of 22 consecutive successful field-goal kicks.

The streak included 14 field goals in last season’s playoffs, which featured a 52-yarder on the final snap of a 19-16 victory over the Tennessee Titans, and a 31-yarder in a 27-24 overtime victory over the Kansas City Chiefs in the AFC Championship Game.

McPherson started the preseason by connecting six straight times, including hitting from 58, 56 and 50 yards.

FOR MORE OF AL.COM’S COVERAGE OF THE NFL, GO TO OUR NFL PAGE