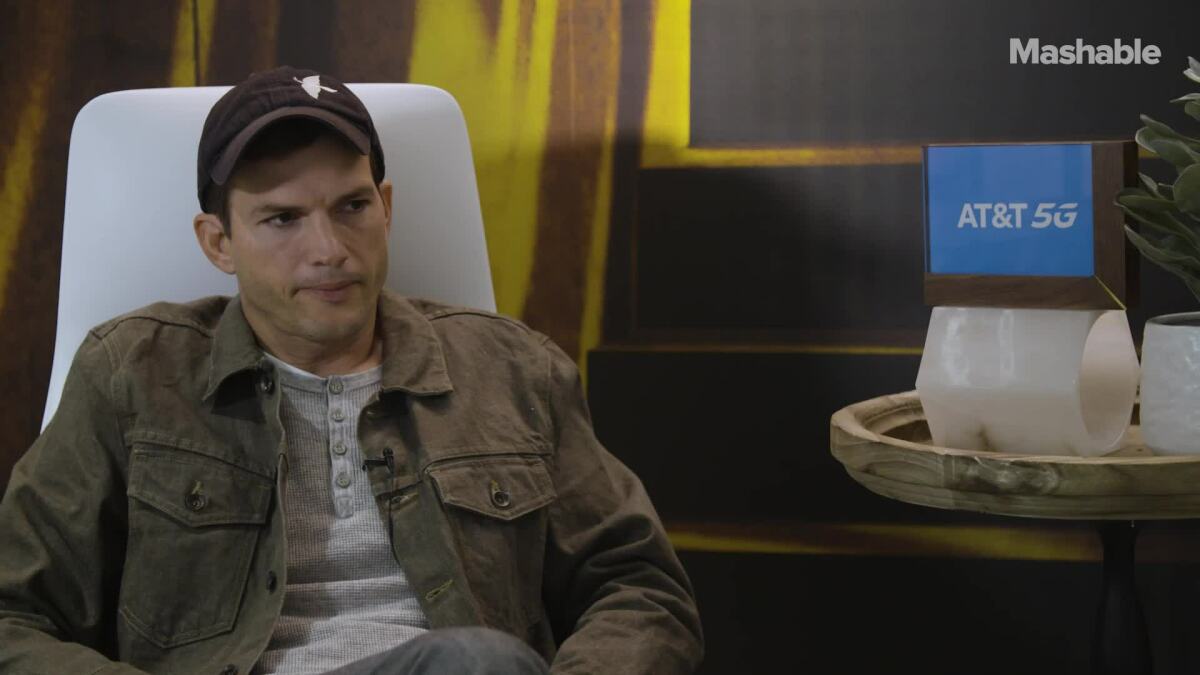 Remember when Ashton Kutcher bought a seat on a flight to space? Well, he sold his golden ticket.

During AT&T’s 5G event in New York City on Wednesday, Mashable sat down with the actor and tech investor. We asked him if he was booked on a flight to space and could bring anyone but his wife, who would he choose?

Kutcher reminded us he had already booked a flight to space. Back in 2012, billionaire Richard Branson said Kutcher snagged the 500th ticket for a flight on Virgin Galactic, which were originally selling for $200,000. But apparently Kutcher sold it.

“I was booked on a flight to go to space and, in fact, I’m quite rueful about the fact that I am not going to space,” Kutcher said, “My wife asked me to sell my ticket to space because she didn’t think that it was a smart family decision.”

According to Space.com, Virgin Galactic officials originally said they were hoping for takeoff in 2013 or 2014. The first fully crewed flight, however, just happened this week.

Among said crew was Virgin Galactic’s very own founder, billionaire Sir Richard Branson, who launched into space aboard SpaceShipTwo on Sunday and safely returned the same day.

A lot happened for Kutcher between 2012 (when he bought the ticket) and 2021. In 2015, he married actress Mila Kunis. They now have two children.

Considering a Virgin Galactic spacecraft crashed in October of 2014 — tragically killing a pilot — along with another failed test flight last year, it’s safe to say Kunis’ concerns were extremely valid. However, with Branson successfully returning from his Virgin Galactic ride and Elon Musk preparing for his own, it’s safe to assume Kutcher might be feeling a lil’ bit of FOMO.

Regardless, he remains hopeful.

“I’m no longer booked on a flight to space, [but] someday I’m going to space,” he said.