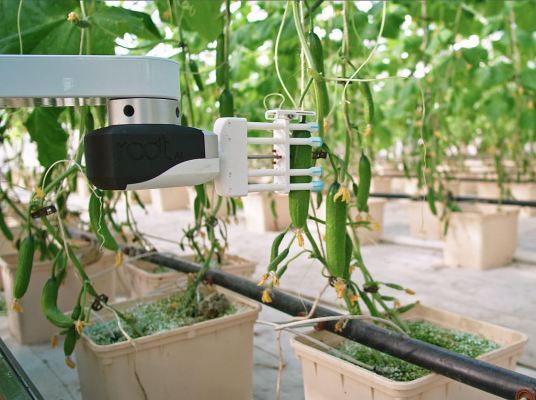 Indoor farming company AppHarvest this week announced that it has acquired Root AI. The deal is valued at around $60 million, with $10 million in cash and the reminder coming from AppHarvest stock.

Root AI is a Boston-based robotics startup, with a mission fairly in line with that of its future parent company. We’ve covered the startup a handful of times, including last August, when it announced a $7.2 million seed round. Robotics, generally, have gotten a boost during the pandemic, but agriculture and food production have gotten special looks, as organizations are looking for ways to automate their processes.

Including the aforementioned seed, Root has raised a total of $9.5 million to date, fueled by interest in its Virgo harvesting system. Founder and CEO Josh Lessing will step into a CTO role at AppHarvest if the acquisition clears. The startup is still fairly lean, with 19 full-time employees.

According to quotes from both parties, robot-gathered data for crop yields is a key part of the acquisition.

“Farming as we’ve known it is broken because of the increasing number of variables such as extreme weather, droughts, fire and contamination by animals that make our food system unreliable,” AppHarvest founder and CEO Jonathan Webb said in a release tied to the news. Indoor farming solves for many of those challenges, and the data gathered can exponentially deliver more insights that help us predict and control crop quality and yield.”