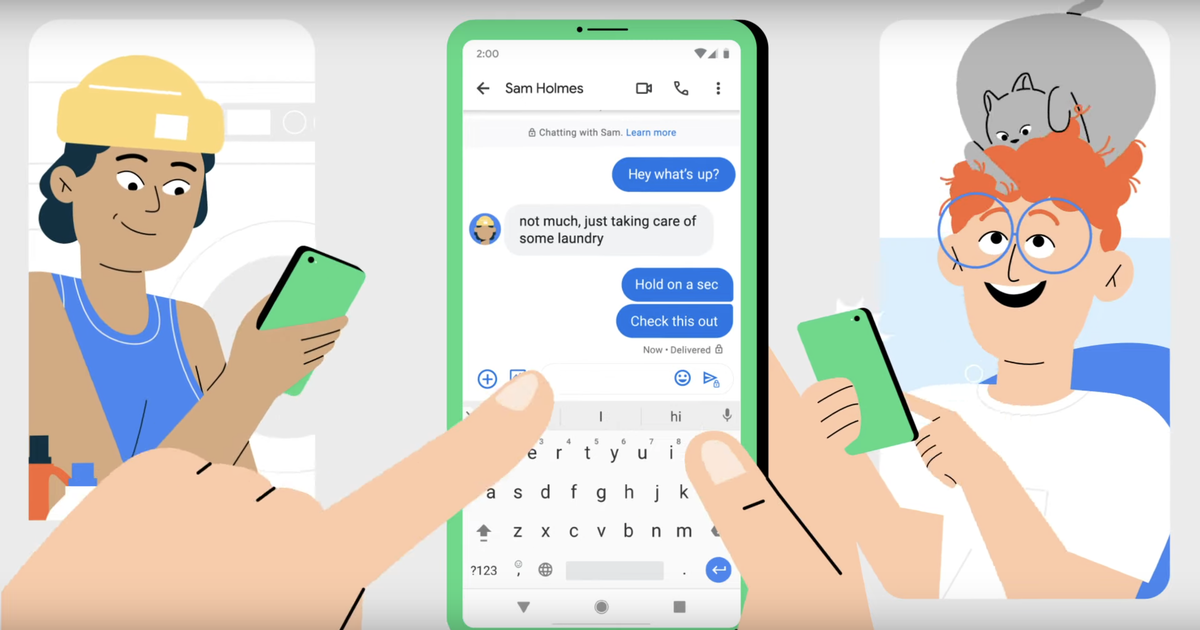 End-to-end encryption for Google’s Messages app on Android is out of beta, meaning you can finally ensure no one can intercept your nudes between your phone and your partner’s. Shine on, you dirty diamonds.

Google announced end-to-end encryption in its Android Messages app last year, with the feature rolling out to beta testers. Now it is finally available more generally — and if you use the Messages app, it’s a good idea to activate it.

“When you use the Messages app to send end-to-end encrypted messages, all chats, including their text and any files or media, are encrypted as the data travels between devices,” says Google. “Encryption converts data into scrambled text. The unreadable text can only be decoded with a secret key.”

Said key is a number generated on your and your recipient’s phones, with a new one being created for each message. They are also deleted once they have served their purpose. All this means that strangers can’t intercept and read your messages, making them strictly for your recipient’s eyes only.

Unfortunately Messages’ encryption only works in one-on-one chats, so you can still be exposed for posting filth in the group chat.

You can tell you have chat features enabled if your texts are dark blue rather than light blue, and you can also turn them on by hitting Settings > Chat features > Enable chat features.

Messenger’s end-to-end encryption will be automatically enabled if it’s eligible in your chat, but to check whether it’s active, just have a look at the little paper airplane send button. If there’s a lock next to it, then your messages are safe and secure. A little lock will also show up next to the messages’ timestamp, and next to the banner telling you who you’re chatting with.

If one of you disables chat features then these locks will disappear and the messages will no longer be encrypted. So if you don’t see any locks in your Messenger app, maybe think twice about sending that sexy selfie.