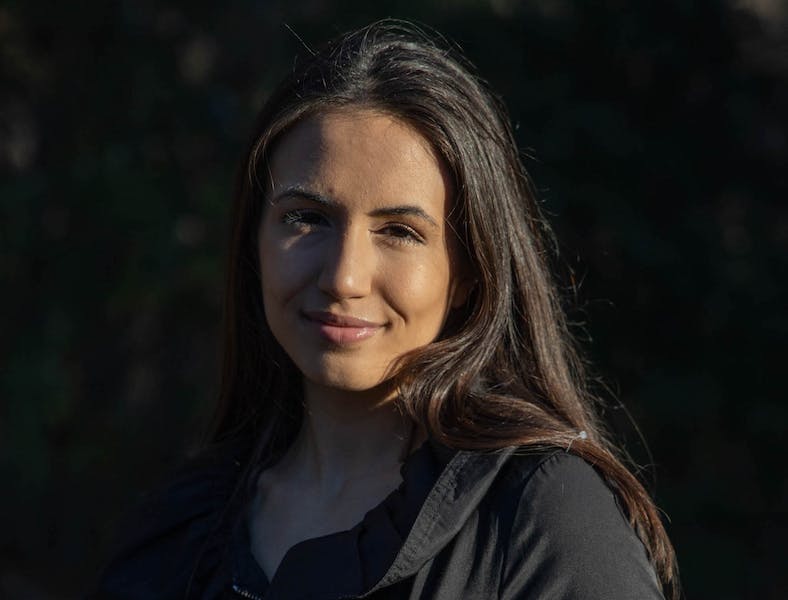 It all started for Marina Carolina Fela-Castillo in October 2019 when she decorated a shot glass for a friend of hers who was 21 years old.

The gift was a hit and many people at the party asked her where she got it from. When she told them she had done it herself, she received requests to make custom shot glasses and mugs.

Fela-Castillo is the founder of Pintamar, a company that sells handcrafted gifts such as stickers, earrings and tote bags.

When Fela-Castillo started taking jobs, she saw them only as a way to make money. Over time, it became their sideline until the coronavirus hit and the university moved to distance learning in March 2020.

“Lockdown happened and I got to a very low point in my life where I just went to class and then lay in bed,” she said. “It was horrible so I turned back to my artistic side and started doing things.”

Fela-Castillo realized that creating and selling her art gave her pleasure and got her out of bed in the morning, especially at a turbulent time in the world.

She decided to create a website and start shipping her products. Pintamar was officially launched on June 10, 2020.

It took her a month to decide on a name for her company, and it was her father who eventually invented Pintamar.

“He put ‘Pintar’, which paints in Spanish, and the first three letters of my name, which are ‘Mar’, and put it together,” she said. “I just got the feeling that this is the name my company should be called.”

Art has always been a part of Fela-Castillo’s life, but it wasn’t until college that she saw it as a talent or an escape.

Pintamar is a one-woman company that designs, creates, packages and ships its own products. She said it was often difficult to balance the company with her schoolwork.

Fela-Castillo uses Pintamar to support herself and part of her income goes to support her extended family in Venezuela, where she lived until she was eight when she and her parents moved to the United States.

Odalys Aleman, a junior who was studying economics and psychology, hired Fela-Castillo to create a shot glass for her brother’s 21st birthday when the business was just starting.

Since then, Aleman has bought earrings, stickers and, most recently, a surprise box from Fela-Castillo for Valentine’s Day.

“They do a very good job of making their products really good quality,” said Aleman. “Ever since I got the first shot glass, I’ve been amazed at how nice it turned out and I just loved it.”

Being a full-time student and running your own business can be a challenge, but Sekou Bermiss, Associate Professor of Strategy and Entrepreneurship at Kenan-Flagler Business School, believes the college campus is a great place to hang out with experimenting with new business ideas and getting them off the ground.

“Some of the biggest companies started out out of dormitories,” said Bermiss. “It’s a really great time because you are with your friends, thinking and experimenting with new ideas.”

He said some of the problems student entrepreneurs might face are a lack of capital and formalized knowledge about business plans and marketing.

Fela-Castillo hopes that Pintamar will achieve its goal of 1,000 orders by its one year anniversary in the coming months.

She said after graduation she plans to spend all of her time growing her business for at least a year.

“I will be moving back in with my parents and only dedicating 100% of my time to Pintamar to see if I see exponential growth during that time,” she said. “If I see it really pop off, it’s consistent enough then I’ll declare myself a full-time business owner.”

Fela-Castillo said she put her love and soul into her work to create authentic products.

“I let that air and attract the people who see the hard work, fall in love with Pintamar and just let them support me,” she said.

“I’m glad I was able to find out that art is such an integral part of my life because I denied it for a long time.”

Sign up for our email newsletter to have the day’s news and headlines in your inbox every morning.

Heartland shops have to keep up and adapt to new business trends: Desmond Lee