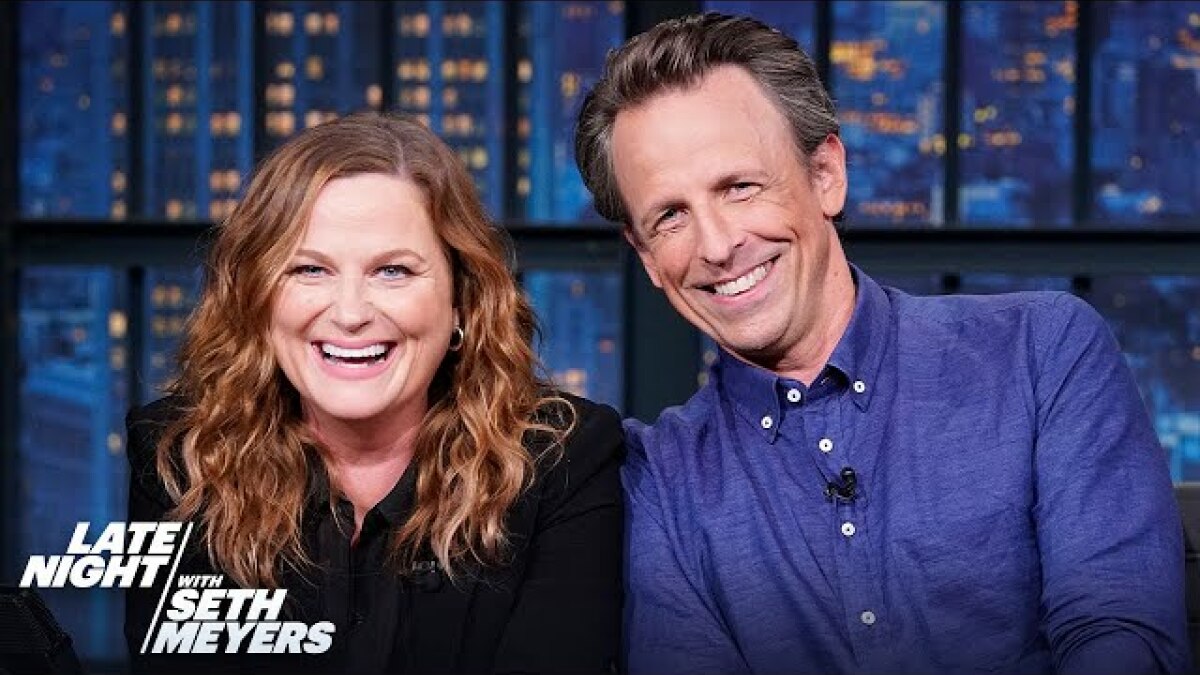 In case you missed it, a super rich guy went to space over the weekend, and another super rich guy is heading there next week. Yes, the billionaire space race is very much a thing that is happening in our reality, and the only acceptable response is: Really!?!

So Late Night host Seth Meyers invited his old SNL castmate and Weekend Update co-anchor Amy Poehler to reprise one of their simplest and best bits, and roast the incomprehensibly wealthy men spending their incomprehensible wealth on yeeting themselves not quite off the planet.

“Richard Branson, you didn’t go to outer space,” jeered Meyers. “You just went pretty high for a plane. You just went to outer sky.” (Jeff Bezos’ Blue Origin is very keen for you to understand this distinction.)

“You know who’s not going to space? Any women,” Poehler went on. “Really! Yeah, we’re staying down here ’cause we gotta fix all the things! We got shit to do down here!” Really! There’s nothing more girlboss than not going to space, billionaire bros!