Software-as-a-service dev platform Airplane today closed a $32 million Series B funding round led by Thrive Capital with participation from Benchmark, bringing the startup’s total raised to $40.5 million. Ravi Parikh says that the new funds will be put toward growing Airplane’s 19-person team while expanding its product to new markets.

Airplane was founded in 2020 by Parikh and Josh Ma, who was formerly the CTO at Benchling, a cloud-based platform for biotechnology R&D. Parikh previously co-founded analytics startup Heap, which offers tools to analyze customer journeys online. Parikh and Ma left their respective companies in 2020 after realizing that one of the biggest challenges in software development is a lack of internal tooling.

It wasn’t just a hunch on their parts. According to one recent vendor survey, developers spent more than 30% of their time building internal apps in 2021. The pandemic worsened matters, with 87% of respondents saying that they increased or maintained their time spent on internal apps in response to the health crises.

“[We’ve spoken] to tons of engineers who spend 25% to 50% of their time responding to customer requests, building and maintaining internal admin panels, maintaining cron jobs, on-call runbooks and more instead of pushing the product forward … At Heap, we had tons of one-off customer requests, like deleting data, merging accounts, GDPR operations and billing operations,” Parikh said. “We created Airplane to make it easy to take these one-off engineering operations and turn them into tools anyone at a company can use.”

Parikh acknowledges there are platforms already addressing these internal tooling challenges, like Retool and Superblocks — both of which recently secured tens of millions in venture capital backing. But he argues that Airplane is more developer-centric and “code-first,” eschewing a low-code, drag-and-drop approach to creating apps for more specialized tools and workflows.

With Airplane, developers can select from a library of tables, forms, charts and more to built apps, which can be integrated with APIs and custom components or libraries. The platform supports databases and messaging platforms out of the box and can be deployed on-premises or in the cloud, giving devs the raw tools to launch apps like billing dashboards and content moderation queues.

“One of the most common use cases is software-as-a-service (SaaS) companies using Airplane Views to build internal admin panels for their customer success and support teams. SaaS companies use Airplane to create [interfaces] where they can look up customer data, view account metrics and make account changes like suspending users or upgrading a customer’s account,” Parikh said. “Another important use case is fraud detection … [W]ith Views, companies can build more sophisticated fraud monitoring [interfaces] where the right user data is displayed contextually next to these operations, making the lives of ops and risk teams significantly easier when using Airplane.”

Eric Vishria, a general partner at Benchmark who recently joined Airplane’s board of directors, highlighted what he sees as the other benefits of the platform, such as controls that allow engineers to grant access to data deletion requests to anyone in a business. In theory, these minimize the need for engineers to get involved with every such request — removing a common bottleneck. 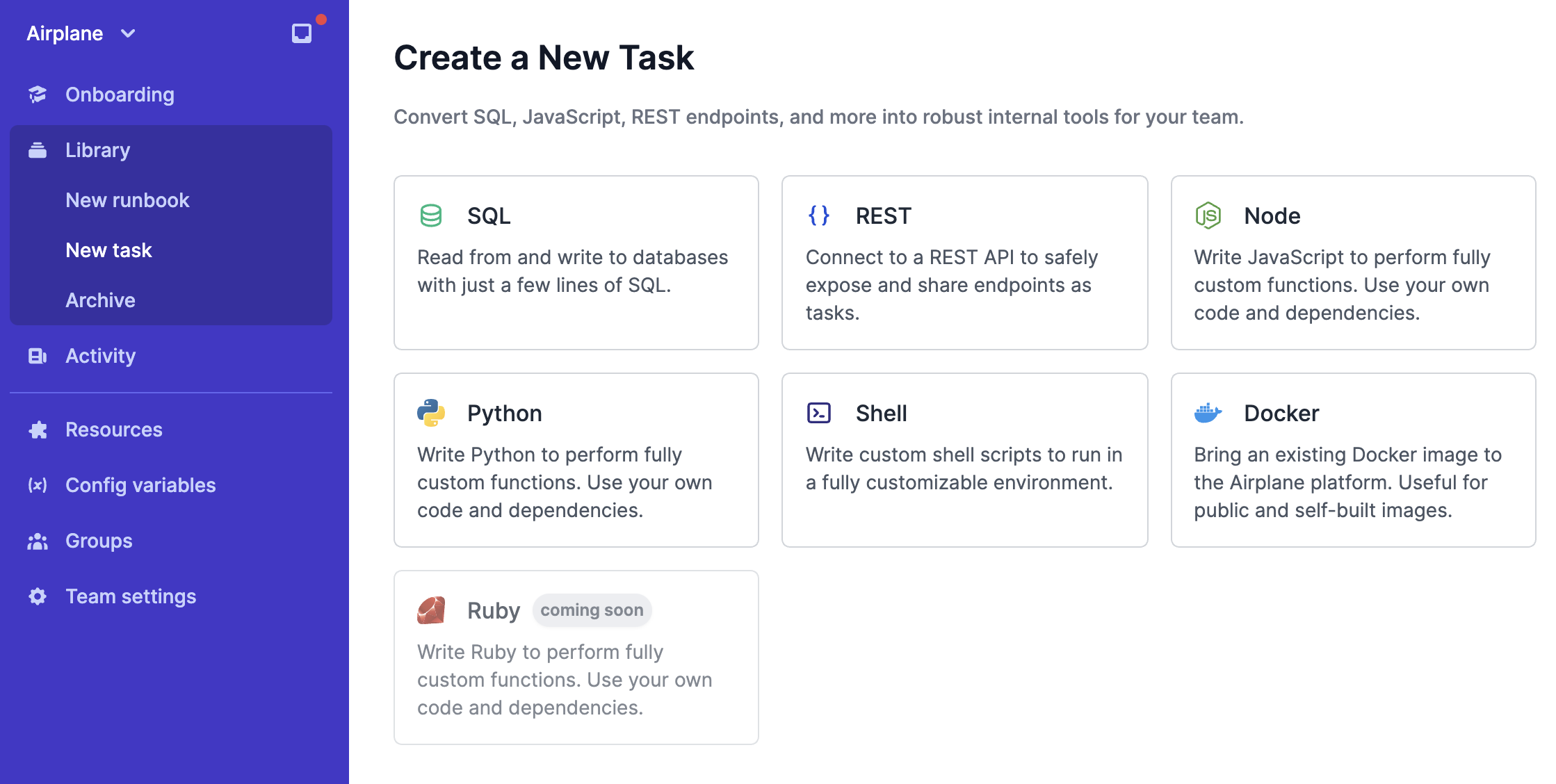 “Today, virtually every company runs a software service,” Vishria said via email. “Disney used to make content, now it also has to run Disney+. Banks used to store money, now they compete on their apps. Every one of these cloud services has an unmanaged mountain of scripts, cron jobs, SQL statements and internal dashboards that keep it running. Airplane is the first company taking a developer-first approach to bringing order to this 50% of ‘code’ that lives in the wilderness today.”

Parikh cautions that it’s early days; he declined to share revenue metrics. But he revealed that Airplane has almost 100 paying customers currently, including startups Vercel, Panther Labs and Flatfile.

“We’re not yet profitable, but this funding round plus our current revenue gives us several years of runway even with aggressive growth plans … We’re fortunate to have a product that can save a lot of engineering time as well as significantly improve customer experience. During a period when companies are tightening their belts and looking for ways to improve efficiency, Airplane is easy to justify,” Parikh said with confidence. “[But] our product today only solves a small portion of this huge problem and there’s a lot more we need to build to create a broad platform for internal tool development.”