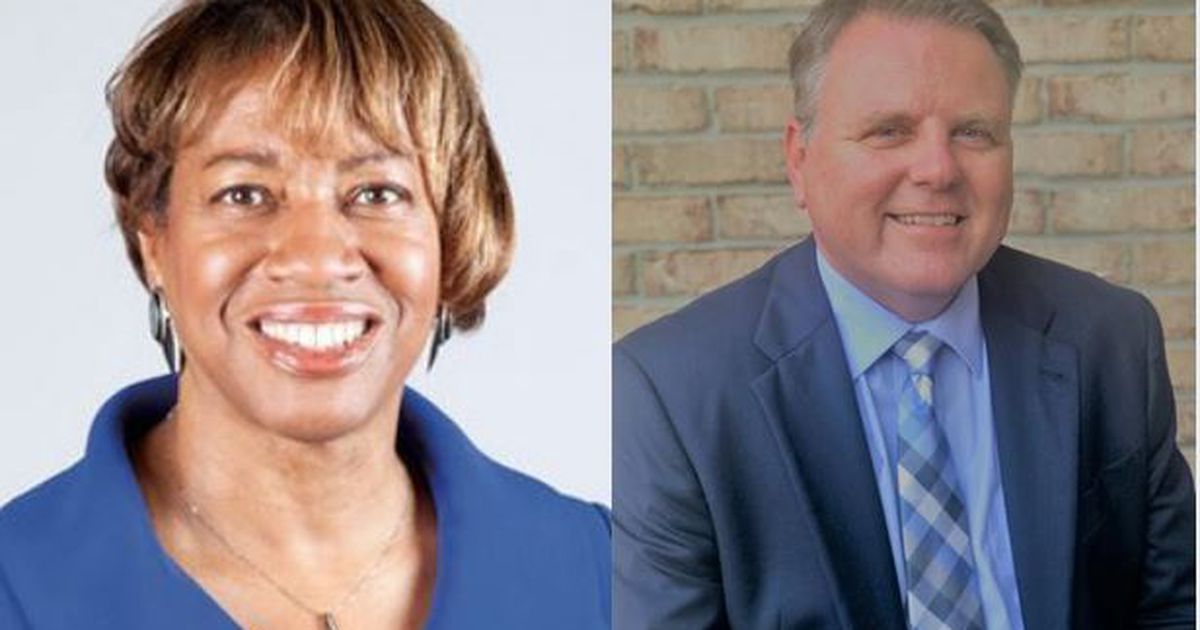 The searches were carried out on Samuel Wurzelbacher, who gained national attention as “Joe the Plumber” when he confronted then presidential candidate Barack Obama over taxes during an election rally. It became a household name after repeated mentions during the last presidential debate that year.

Jones-Kelley was suspended and then resigned as head of the agency while Thompson’s position was revoked.

“The normal way to get the gang back together after a scandal like this is that,” said Catherine Turcer, executive director of the government’s Common Cause Ohio surveillance group.

Jones-Kelley defended the hiring last week, saying Thompson’s experience both in the public service and more recently as CFO of the Dayton YWCA made him the most qualified candidate for the job.

“It was about who is the best talent to serve ADAMHD and the community,” she said. “He was a terrific county clerk when he was here … He has a lot of experience that will serve us very well.”

Thompson was director of child support enforcement during Jones-Kelley’s tenure as head of the Montgomery County Department of Job and Family Services, and then went with her to Columbus when Governor Ted Strickland selected her in 2007 to serve in the Ohio State Department of Job to run family service.

The Joe the Plumber scandal occurred during the heated presidential election between Democrat Obama and Republican Senator John McCain.

The Way Forward: Addiction in Dayton

The then Inspector General of Ohio, Tom Charles, concluded in an investigation that Jones-Kelley did not properly authorize the state database to look up personal information about Wurzelbacher.

Thompson was also singled out in the report for attempting to deceive internal investigators.

According to the report, Thompson asked an employee to email the data protection officer saying the investigation was actually intended for child support purposes.

“We believe this Thompson orchestrated email was an attempt to deceive as there was no agency function or purpose for accessing Wurzelbacher’s records,” the report said.

Unavailable for comment, Wurzelbacher filed a lawsuit accusing Jones-Kelley and coworkers Fred Williams and Thompson of failing to properly search “confidential government databases” in order to approach him for criticism Avenging obama.

RELATED: Taxpayers Pay the Bill for Employees Sued by Joe the Plumber.

The case was ultimately dismissed because the court found that Wurzelbacher’s rights to freedom of expression and privacy had not been violated.

Thompson declined through Jones-Kelley to comment on the story.

Judy Cook, president of the ADAMHS board of trustees, said the board is responsible for hiring the executive director and does not interfere with that person’s hiring decisions.

The board was kept informed of the latest hires and no objections were raised, Jones-Kelley said.

“His credentials are what we’re looking for,” Cook said of Thompson.

In a separate step, Jones-Kelley hired Paula Cosby – formerly managing director of the non-profit organization Clothes That Work in Dayton – for the newly created position as director of external relations.

Jones-Kelley said the new position is necessary because of ADAMHD’s strategic plan for “more marketing and expression of ADAMHD in the community”.

Cosby will be tasked with improving the agency’s website and serving as social media coordinator, a position that has been vacant, Jones-Kelley said.

Cosby’s position is being paid in part by the Greater Dayton Brain Health Foundation, which she will also serve as a manager, Jones-Kelley said.

RELATED: Jones-Kelley’s hiring to head the agency sparked a debate

Jones-Kelley said she took the past incident into account when she hired Thompson and expected there might be criticism. Some questioned the board’s decision to hire Jones-Kelley in 2011 because she had been implicated in the scandal just a few years earlier, but many others defended her longstanding experience in government service.

“Everyone deserves a second chance as long as everyone in the community knows these two people are linked to a previous scandal,” Turcer said. “And that we pay attention to what’s going on and make sure it doesn’t happen again.”

About the way forward

The Dayton Daily News have teamed up to seek solutions to some of the area’s biggest problems, including the addiction crisis in our community. You can share your ideas on the problem by joining the Facebook group The Path Forward: Addiction in Dayton. You can also follow our coverage at DaytonDailyNews.com/PathForward