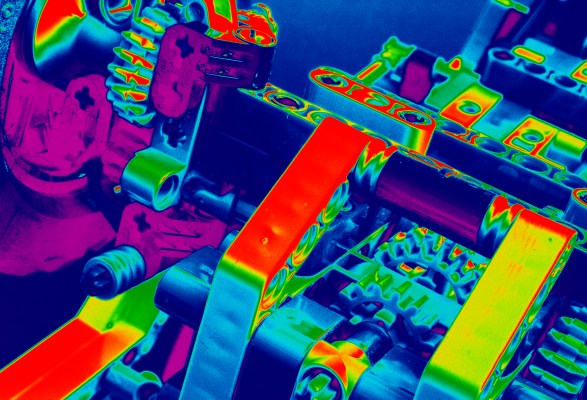 Steve Alexander is SVP and CTO of Ciena, a networking systems and software company that works with operators and content providers across the globe.

Meta’s stated mission is to seamlessly connect disparate environments like work, social media and gaming so it can allow people to effectively live and work in the virtual space.

This will clearly have a significant and sustained impact on our networks. We aren’t just talking about a need to be constantly connected, without glitches; we’re talking about fully immersive content streaming seamlessly, in 4K and 8K, with low latency and minimal lag.

We will need to be able to go from one experience to another without being distracted by reboots, operating system or application loading times, network congestion, or anything else that suggests we’re not in a seamless virtual environment.

Accomplishing all of this makes virtual life seem as challenging as moving to Mars.

Yet, it is possible to make the journey to our new virtual world friction-less. We just need to make sure we are putting in place the basic building blocks needed for virtual life.

Starting today, we have the opportunity to make the metaverse habitable and hospitable, a place where our virtual selves can thrive, not just survive.

We’ll need a lot of bandwidth to make this work at scale. Much like water is a building block of life, there is no way we could function in a metaverse without bandwidth. We need high-performance connectivity capable of supporting the different demands of bandwidth-hungry applications in the metaverse.

That bandwidth must be widespread and affordable, too, to better support our underserved and under-connected communities. Visions of a virtual world often center on equal opportunities for everyone to create and explore. For that to happen inside the metaverse, we need to ensure a level playing field of connectivity in the real world first.

Low latency is as critical as air

Bandwidth is one thing, but if it takes the avatar we’re engaging with several seconds to respond – or worse – then meta life is suddenly annoying and inhospitable. We already find it frustrating to have lag when streaming live sports or gaming online, and this will only be exacerbated when we are trying to fully immerse ourselves into a virtual world.

Technology such as edge computing – which can reduce network latency and improve reliability – will become increasingly important in networks that require real-time responsiveness.

Virtual hardware: The infrastructure of the metaverse

We’ve all been there: Hardware breaks, and we need to fix it. In that time, we need to be able to survive without whatever function that piece of hardware operated. But this can’t happen in a metaverse – or at least it shouldn’t, because we should have utilized virtualized functions for much of what the metaverse requires.

Deploying infrastructure functions using virtual machine and container concepts where they, like apps, can be deployed across the network at scale and in real time will be key. Classic network functions such as routing and switching will need to be fully virtualized. They need to be easily updated, upgraded, patched and deployed.

Software intelligence: The mayor of the metaverse

We need the metaverse to be software-defined to enable it to act quickly and seamlessly. It’s the equivalent of a local government or council being able to repair our roads, remove the trash and control traffic flows in real time. This generally happens today in real life without us knowing, until it stops working and we wonder what happened.

Automation and AI, powered by programmable software capabilities, hold the key to helping speed the delivery of network rollouts, making them more accessible and adaptive.

An adaptive virtual programmable network will be able to identify a fault and self-heal, without the need for a physical truck-roll. It can draw resources – compute, storage, bandwidth – from underutilized areas to ramp up other parts of the metaverse seeing increased activity, and revert automatically when required.

Over the next several years, we will hear a lot of talk about the metaverse, but any innovation in use cases will not happen without the required network innovations. An adaptive network that provides software-controlled, high-capacity, low-latency connectivity will be even more important of a foundation for the future metaverse than it is for today’s cloud apps.

The building blocks are already there for the artist formerly known as Facebook to build a hospitable metaverse, and as those technologies continue to evolve – driven by an expected uptick in innovation among tech developers looking to capitalize on the metaverse emergence – Meta will have more world-building tools to work with.

Simply put, it’s not easy to build a virtual universe, but it’s certainly something that we can bring closer to reality through proper network infrastructure investments and innovation.

Get 50% off the Lego Classic Bricks and Animals pack at...