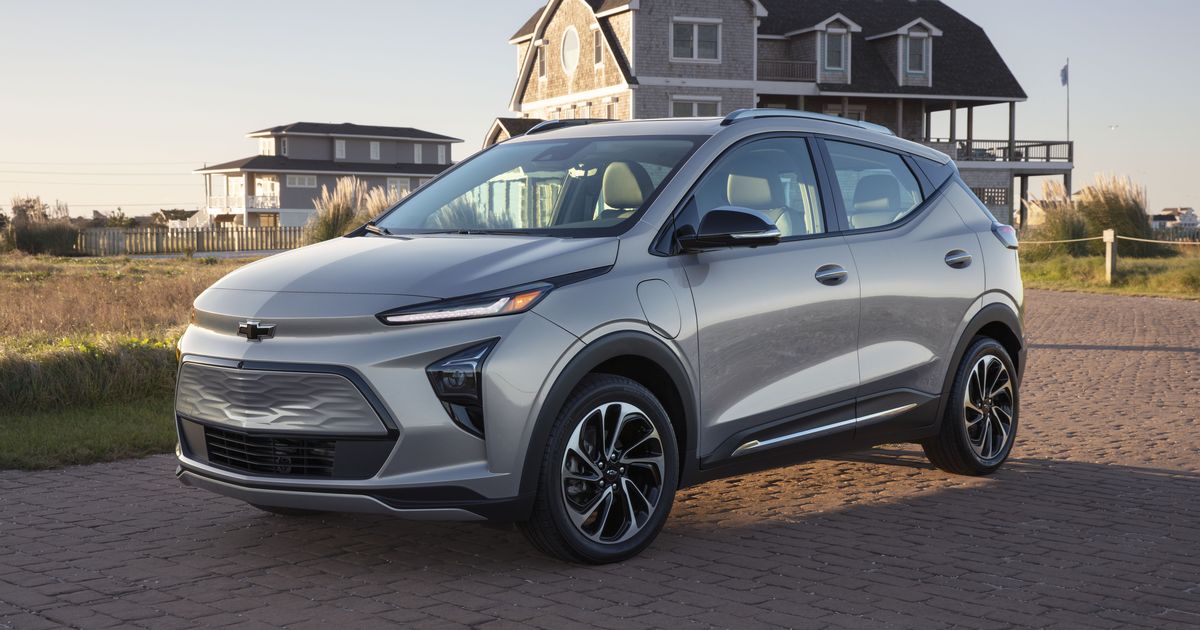 On the Chevy website, the new Bolt EUV electric car was featured in a 15-minute video that was recorded at Walt Disney World in Florida.

The EUV is an SUV version of the smaller Chevy Bolt with a hatchback and more legroom in the back seat. “EUV” stands for “Electric Utility Vehicle,” which is Chevy’s play on SUVs as it markets a tougher, more powerful EV. The Bolt EV was launched in 2017 as General Motors’ first fully electric vehicle, which is expected to produce only electric vehicles by 2035.

The EUV is also longer, heavier, taller and wider with more space in the trunk. However, being a larger car, the battery range is less at 250 miles than with the 259 for the smaller stud.

The Bolt EV compared to the Bolt EUV.

Chevy also unveiled a revamped Bolt EV with a new front-end grille design and a fresh look inside. The 2022 Bolt EV has a lower starting price than older models: $ 31,995 instead of $ 36,500. The EUV starts at USD 33,995. A special launch edition of the EUV costs $ 43,495 and includes General Motors’ Super Cruise (a hands-free driver assistance system), a special badge, and other eye-catching features such as charging port lighting.

With General Motors selling so many Chevy Bolts in the past four years, new Bolt buyers will no longer be eligible for an electric vehicle tax credit. It’s the same problem for Tesla, which has also hit the 200,000 EV threshold and can no longer offer the subsidy.

The Chevy Bolt EV had a battery recall for models between 2017 and 2019 due to fire hazard last year. Chevy has yet to provide a permanent solution to the recall, but it is recommended that owners limit the charges to 90 percent as a precautionary measure. Newer 2020 models and the upcoming versions EUV and 2021 use a different battery supplier for the lithium-ion batteries with a capacity of 65 kWh.

The EUV will be televised for the first time during the American Idol season premiere on Sunday on ABC. The commercial shows the car with some famous Disney characters.

Both cars will be available this summer, but online reservations opened on Sunday afternoon for both the new Bolt EV and the larger Bolt EUV.