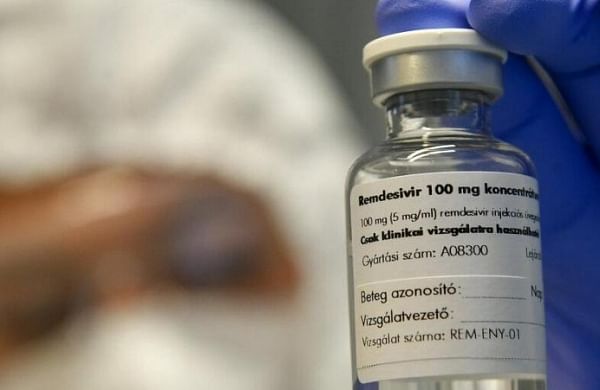 UJJAIN: Three hospital staffers and five people connected to a medical college were arrested on Sunday for allegedly stealing and black-marketing Remdesivir, a key medicine in COVID-19 treatment, in Ujjain in Madhya Pradesh, police said.

They would cart away injections meant for patients at a private hospital and then sell it at exorbitant rates amid huge demand for the anti-viral drug as COVID-19 cases spike sharply, an official said.

“Three of those arrested are workers at Deshmukh Hospital and Research Centre here, and they obtained Remdesivir injections by not providing it to patients who were prescribed the drug.

The rest have passed out from or are under-graduates of RD Gardi Medical College,” Additional Superintendent of Police (ASP) Amarendra Singh said.

“They would convince the patients that they had been administered Remdesivir. The vials would then be sold at high prices elsewhere. We have seized three vials and two anti- biotic injections from them,” the Additional SP added.

The state police will form a task force to check the black-marketing of Remdesivir, a key medicine in the treatment of COVID-19 that is reportedly in short supply amid a surge in infections, an official said.

Eleven cases have been filed so far against those indulging in selling the anti-viral drug at exorbitant prices, he added.

The official said the directive to form a task force came during a meeting of top police officials, including DGP Vivek Johri, chaired by state home minister Narottam Mishra.

Mishra asked police to invoke the stringent National Security Act against Remdesivir black-marketeers, which has been done only in Indore and Bhopal so far, in all districts of the state, he added.

The meeting was informed that 1,950 MP special task force, home guards and police personnel had contracted COVID- 19 so far, while some jail staffers have died from it.

Meanwhile, police have arrested a medical representative and one more person for allegedly black marketing Remdesivir in Nagpur city of Maharashtra, an official said on Sunday.

The accused, identified as Manish Vinodrao Joshi (33) and Gopal Gyaniprasad Sharma (34), were arrested on Friday, he said.

“Acting on a tip-off, the police laid a trap and the duo was arrested while they were selling the anti-viral drug near Raj Bhavan gate,” senior inspector Santosh Bakal said, adding that Joshi works an a medical representative.

Two Ramdesivir vials, Rs 56,000 cash, two two-wheelers and cellphones, collectively worth Rs 1,33,500 were seized from them, he said.

An offence has been registered against them, Bakal said.

According to him, police are on the lookout for one Kamlakar alias Chhotu Mohtam (35), who had given the Remdesivir injections to Joshi and Sharma.

A local court remanded the accused to two days of police custody.

Arrests were made in Chhattisgarh too as six people were held in two separate cases of alleged Remdesivir black-marketing in Chhattisgarh amid a massive demand for the anti-viral drug due to the sharp spike in coronavirus cases, police said on Sunday.

In the first case, acting on a tip-off, the cyber cell of Raipur police held Rahul Goyadani (28), and his questioning led to the arrest of his associates in the racket, identified as Ayush Maheshwari (25), Kamlesh Ratlani (32) and Sumeet Kumar Motwani (27), an official said.

“Seven vials of Rendesivir have been seized from them, as well as Rs 1.38 lakh cash and five mobile phones.They planned to sell each vial for Rs 25,000,” he said.

In the second case, Raipur residents Rohit Kshetrapal (25) and Vaibhav Sahu (25) were held by the cyber cell with two vials of Remdesivir, which they planned to sell for Rs 15,000 each, and Rs 20,000 cash, he added.

The Delhi Police’s Crime Branch arrested three people on Sunday for alleged black marketing of remdesivir injections, which are in high demand for treating coronavirus patients, an official said.

The trio was arrested during a raid in Laxmi Nagar on Sunday morning.

According to the police, the accused were selling a remdesivir injection at Rs 40,000.

Viral Marketing Campaign Examples That Broke The Internet: What Made Them...